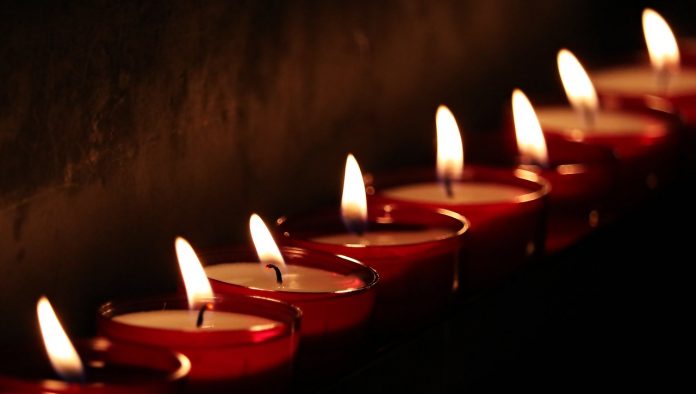 “You need to come home. An ambulance is on its way to take Mummy to the mortuary.”

It’s funny how a three-lined conversation holds so much significance. I remember it… every single bit of this conversation – even the not-so-rhythmic beating of my heart.

My world changed in that instant. My precious mother was dead! How was I supposed to accept it? How did this happen? God had finally done it; He had turned his back on me. He had taken one of His most precious gifts to me.

It’s been three months since the dreadful conversation. A hard three months I must say. Let me just write again, grief is HARD. But I survived it. No, I didn’t just survive it – I grew in it all.

Grief is HARD but God is awesome. I mean how can I ever say it has all been on my strength….it’s been God’s peace that has kept me. But more than that, my testimony is that my mother’s death brought God into better focus.

So the other morning, by say 4 a.m., I felt particularly heavyhearted and thought..”Oh well, best to talk to my Strength and Comfort about this heaviness I feel” and after a while, the words just slipped…”Father, I pray for Brother A and Sister B”. Where did that come from? It wasn’t time to bother with the origin then…so I kept the prayer flowing.

You see I have known Brother A and Sister B from my “younger” days….

…Oh! They are siblings..forgot to mention that (just in case it isn’t deducible from the text before).

Yes! I have known them from kindergarten days, I think. At some point in primary school, their father passed. I don’t have the details of the events that transpired after that. But it seems a lot did. They lost everything in some hassle with their bereaved father’s relatives following his death. Their mother was a single parent dealing with the struggles of raising two kids on her own in what seemed to be the best way she knew how. Then, she died. Then Sister B had a number of rumored psychological issues. And Brother A…well, no one particularly had a good story to tell about him either. Like I noted, I don’t know the details but I did hear some rumors.

I didn’t care much though – better I mind my business. I didn’t want to be bothered with other people’s pain. But now, my mother is dead and I FINALLY understand. So I prayed for them – I prayed for clarity of purpose, for strength, for success, but mostly for God’s grace.

And then I realized….

To get to the point, I’ll draw from the best case study for this – the Chief Intercessor, Jesus Christ…

My study of the book of Hebrews throws light on Jesus Christ as the Chief Priest, the one not from the Levitical line of priesthood…but like Melchizedek.

Chief priests originally were ordained by God (Heb 5:4). They were (or are) intercessors – they prayed for the people and offer gifts and sacrifices for sins.

But Jesus. Jesus was special. He didn’t sacrifice with the blood of bulls and goats. No, He sacrificed himself. And while sacrifices of old required repetitions, his was a once-and-for-all sacrifice. What strikes me most is that one of the many reasons why Jesus is a PERFECT intercessor is…as the Bible puts it:

Although He was a Son, He learned [active,special] obedience through what He suffered and, [His completed experience] making Him perfectly [equipped], He became the Author and Source of eternal salvation to all those who give heed and obey Him.
– Hebrews 5:8-9 (AMP)

He understood the issues we had living in the flesh. And it wasn’t that kind of shallow “oh I have heard about that” kind of understanding – it was experiential. So his knowledge of His Father, his Father’s will for AND most significantly, our struggles put him in the best position to intercede.

When you go through trials, you suffer, you fight, you learn….yes, you gain experiential knowledge. Thus, when you meet another with a similar struggle, you can say convincingly to self and other “I understand”….cause you really do. You understands those feelings, those struggles that cannot be expressed cause of fear, pain or sheer lack of words.

And so you know just what to pray. God blesses you with the grace and the burden to know what to pray. And when you feel not the words, the Spirit continues in this intercession.

You’ll be wrong to think that struggle, that pain is all about you. It isn’t. God’s glory has got to be the result of it all. And one way that can be is, with God’s help, you being the anchor for someone else – through actioned love, encouragement, and prayer.

So, while I grieve, I choose to be God’s instrument. I choose to love people through their grief as well. From now on, I’ll mourn when others mourn…cause I am blessed with the wisdom of what grief does and how God still works through it all.