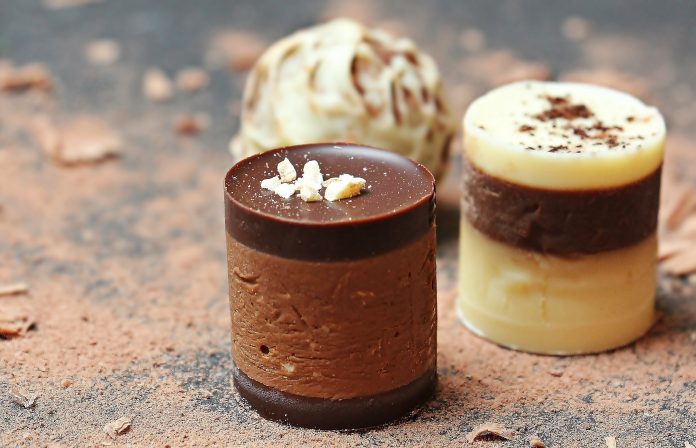 “That is why waiting does not diminish us, any more than waiting diminishes a pregnant mother. WE ARE ENLARGED IN THE WAITING. We, of course, don’t see what is enlarging us.
But the longer we wait, the larger we become, and the more joyful our expectancy.”

I asked God about “process” in the Kingdom yesterday and what He had to say was enlightening.

I had seen someone who just wrote a book and the book was sold out at the book launch – with as much as 10,000 likes on Instagram.

And thankfully, I wasn’t asking in envy this time (thank God, the Spirit has been working on this) but I really just wanted to know.

Why does the Kingdom work differently from the world?

Why do we not “blow” immediately?

I mean, God provided the money for a thousand copies of my first book “10 Steps To Walking In Purpose”. I wanted to print 100 copies and He said no, and went ahead to bring the money from strange places… so why wasn’t the book sold out in one night?

Why do I still have copies with me?

Like I said, I was just sincerely asking God these questions.

And He told me “The Kingdom doesn’t work like that Frances.

In the Kingdom, you grow steadily – sometimes for years, only putting in your roots downwards…”

He reminded me of David, Joseph (we will do a series of studies on David soon on here, maybe in an eBook if that’s what it leads to).

He said the Kingdom way is different. With lots of twists and turns and lots of seeming emptiness and dryness..

Then I asked again:

But why does God work this way?

He said: He has to build His man. The building of His man.

And as I was having this conversation with Him, I opened my Bible to Psalm 62 (I was listening to a message by Gbile Akanni that led me there) but then my eyes fell on verse 1.

“I wait quietly before God, for my victory comes from him.”

Why is there a lot of waiting to be done in God?

“But they that wait upon the LORD shall renew their strength; they shall mount up with wings as eagles; they shall run, and not be weary; and they shall walk, and not faint.”
-Isaiah 40:31

“That is why waiting does not diminish us, any more than waiting diminishes a pregnant mother. WE ARE ENLARGED IN THE WAITING…”

What sort of enlargement takes place in the waiting that cannot take place anywhere else?

When it seems like all is passing you by, God says that there is enlargement in the waiting.

But then again, David answers this so aptly for us.

And remember that David was a man who understood waiting.

Oh who better to understand waiting than one who was anointed but never got to sit on what he was anointed for till years and years after?

I mean, I only had books paid for by God and promises made personally to me, but this man had the oil poured out on him in front of everyone. He was called to the ministry of being a king in front of people. God orchestrated it all and then seemingly left him in the wilderness to rot.

I mean, who does that?

Why would a Father who says He loves us so much do that?

The Kingdom does not work the way the world works.

He didn’t just say that he would wait; he said my soul will wait quietly for the Lord.

Meaning that there is a right way to wait.

“Stop being angry! Turn from your rage! Do not lose your temper– it only leads to harm.”
Psalm 37:8

It is only when you wait QUIETLY that you can see the enlargement God is referring to.

As you wait quietly before the Lord, then you can hear Him speak to your heart.

Then you can learn the lessons that would lead to your enlargement.

ALL WITHOUT YOUR INTERFERENCE WITH THE PROCESS.

God says BE STILL AND KNOW THAT I AM GOD.

There must be a point where you are still as you wait, else you wait and never get the enlargement intended for you in that waiting season.

We may argue with this method of upliftment in the Kingdom of God but there is no way around it.

I am not saying that the ones in the world who advance aren’t being lifted by God BUT I am saying that this is the way it works in the path of purpose.

God keeps saying “my method of raising my men who will do anything of significance for me is different from the way the world does its things”.

And if you study the Word, you will realize that everyone who went through this process of waiting in God had a higher weight of glory placed upon them.

Jesus waited for 30 years to step into His ministry.. 30 years as a carpenter… people were so amazed when He said He was the Son Of God.. who would have known???!

Do you see what God is trying to show us here?

You will lose that way and lose in God’s way if you do that. You don’t belong to that kingdom and cannot be run by it’s rules.

In this kingdom, the PROCESS is as important as the PROGRESS.

Throw all the publicity stunts you want.. but when God isn’t ready to release you, He isn’t.

Actually, it is more like when we aren’t ready to be released, we cannot be released.

So what can we do?

The only thing we can do is to be like David…

Sit quietly before the Lord and wait.

He has given us a promise.

If we would wait right, we would be enlarged in the waiting.

I still love the Kingdom I belong to.

I know we have a Head who knows better than we do and I submit to His leadership.

Lord, I come before You today, in recognition of the truth that our Kingdom is different from the world.
Your rules, different. The process compulsory.
Mold me Lord.
Prepare me for that which You have prepared for me.
And oh be still my soul..wait quietly before the Lord.
I will wait only for the Lord to act.. in Jesus name, amen.